I only recently have gotten into the cryptocurrency scene, although I have owned Bitcoin since 2014. I realized a month or so ago that I was gaming WAY too much! Yep… not addict level gaming but enough to make an impact. I have been playing this game called Shroud of the Avatar and it is the “spiritual successor” to Ultima Online (a game I liked when I was in high school). Playing too damn much, I turned to a new interest; cryptocurrency and started this blog among other crypto related sites.

Then 2 days ago I see on the game site for Shroud of the Avatar (SotA for short) that Richard Garriott (aka Lord British), the creator of the Ultima series, astronaut, and party machine, has decided to partner with Neverdie Studios on their ICO for their Ethereum based coins NDC & TPT which will work like a multi game backbone for in-game currency. When I saw this I couldn't BELIEVE it! Just when I tried to sneak away to a new hobby for a while SotA sucks me back in and is now involved in the crypto game. WOW!

Neverdie is a famous avatar from within the MMORPG Entropia and is now developing this awesome technology with his already established company. The fact that he is teaming up with Richard Garriott has already been in the news the past few days and that he will advise on direction of project aspects. This comes just before their ICO ends on August 1st for both the NDC (NeverDie Coin) and the TPT (Teleport Token).

This is where Shroud of the Avatar comes in. SotA has a bustling economy even in its early development stages (set to official release Q4 2017), and is the 2nd biggest crowd funded game in history with just over $11.8 million raised. Lord British himself made a post in the SotA game forums that the NDC coins were going to be coming to the game at some point in the future. No date was given when, but this could be HUGE for NDC and TPT. Shroud of the Avatar would be the first game outside the Neverdie lineup that would incorporate NDC and TPT and with an already dedicated player base, the 2 coins are certainly going to go up in value.

Once hearing the news I decided to check out Neverdie and how to purchase during the ICO. They have a demo wallet setup that has you create a simple avatar and is where all your game tokens are stored. It does use a 3rd party extension like MetaMask or Parity (maybe wait on opening a Parity account!!) or the Mist Browser. as the preferred way to get your tokens it seems, but you can also just send ETH to their address and they will send you the coins. I decided to go with MetaMask so I can expand my knowledge of stuff like this and it was an easy Chrome extension install. Once you have your Neverdie avatar setup and a wallet with ETH ready to go you can purchase NDC for $0.25 each or TPT for $0.10 each. If these coins make it to the Shroud of the Avatar game I think they will certainly increase in value. 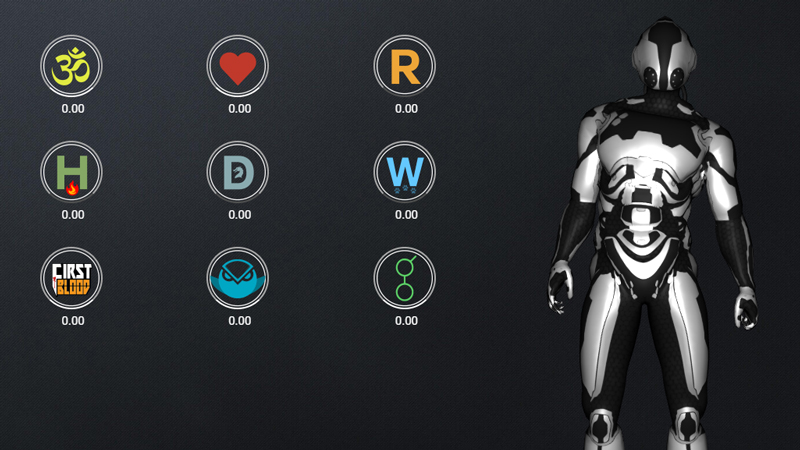 You can check out NEVERDIE coin here: https://neverdie.com

I am not be a crypto expert (YET!) but I sure as shit am an expert at Shroud of the Avatar!

What do you think about the ‘Stache's hunch?
Leave a comment with any questions!