Bitcoin Accepted Here Since 2014; But Then What? 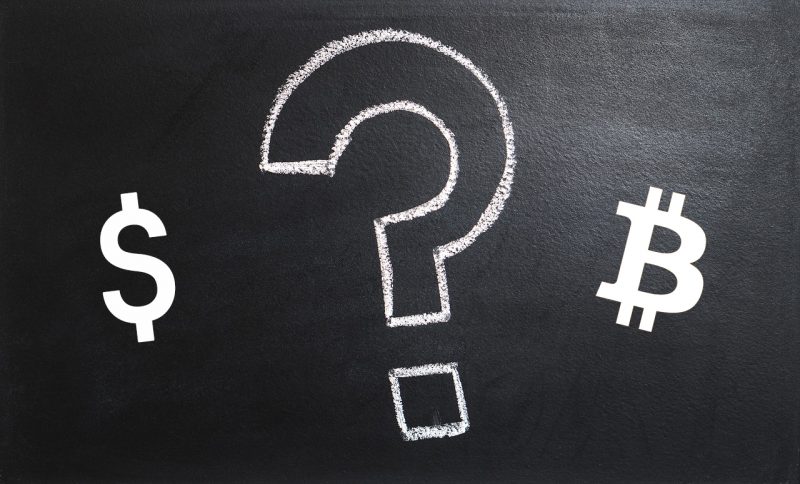 Even before I had purchased my very first Bitcoin I started accepting it at my business, Long Beach Web Design. To give a little background first, I stated the company in 2010 after I got laid off from architecture job at the time. The architectural industry was decimated and I couldn't find work so I turned to one of my other skills which was graphics & web design. I am self taught and have been doing it pretty much since high school as a hobby mostly and to support my endeavors.

I first heard of Bitcoin in early 2013, but didn't buy in as I was still pretty confused about the whole thing. Early 2014 I took a second look and decided it was time I made a move in that direction. So before I had even purchased any Bitcoin for myself I started accepting it through Long Beach Web Design, which by 2014 was a pretty solid business. I made this post on the company Facebook page and for a while I also had it on the homepage of the website as well. 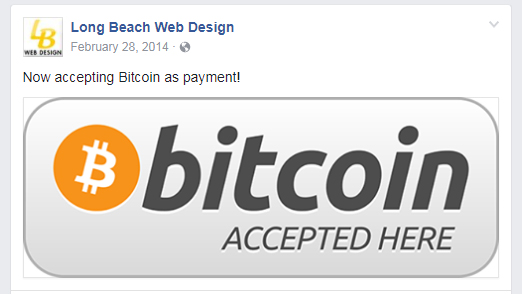 I never received 1 payment in Bitcoin…

To this day I still have not had a customer pay me in Bitcoin, but If I had then what? Back in 2014 if I ended up with a client that wanted to pay with Bitcoin I had NO IDEA how to actually take their payment. I posted up that huge button proudly displaying “WE ACCEPT BITCOIN HERE” and I knew it was important to go this direction and start supporting, but I didn't have a Bitcoin address or a wallet and I was not on any type of exchange or service where I could ACTUALLY take the Bitcoins if I got them! For some reason this didn't really bother me at the time as I felt like no one would use Bitcoin to pay me, unfortunately I was kind of right…

Even though I couldn't actually take the Bitcoin payment I knew it was the future and that is the real point of this post. I knew it in 2014 and I took steps to support and at least test the waters and I am still glad that I did. Later in 2014 I did end up investing in Bitcoin myself and just sat on it until early this year. Wish I had bought more of course!

Make sure to follow me @cryptostache on my favorite new platform Steemit!