Bitcoin Cash Is Here, But What Is It? Where Did It Come From? How Can I Get Some For Free?

Bitcoin Cash is already trading and you might be missing out, but where did it even come from and what is it exactly? Why is everyone talking about a “fork” and why should any of this crap concern me? Make sure to follow me for some basic what to do's (and what NOT to do!) in the cryptoworld so you don't miss out on the great investments to be had. Keep reading to find out how to get free Bitcoin Cash. 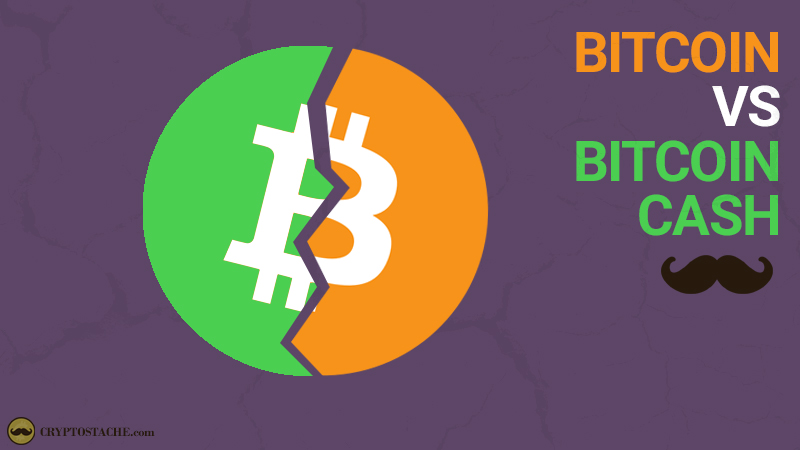 What is Bitcoin Cash Exactly?

Bitcoin Cash (BCH) is the name of the proposed coin that will split off from the original Bitcoin and become it's own cryptocurrency or Altcoin as many would put it. It uses the exact same technology as Bitcoin, but increases the block size to 8MB (blocks make up the “blockchain” and contain all the encrypted data) from it's current size of 1MB. Supporters of increasing the blockchain to 8MB create Bitcoin Cash so they can modify the code basically, but modifying the code in that way no longer makes it a Bitcoin so it needs to be called something else.

Where did it come from?

In this situation the Bitcoin miners want to increase the block size so they can process more of the blockchain and faster. Currently fees are pretty high and it can take hours to days for a transaction to go through. There are many supporters but Beijing-based mining firm ViaBTC seems to be leading the pack. They have a TON of mining rigs and make up about 4% of Bitcoin's computing power according to Coindesk.

What the heck is a Fork then?

That is basically what they call a split in the code. You can think of it like pirate mutiny OR like a peaceful coup, either way it is an attempt to improve things and solve a current problem and I applaud that. The good thing about a fork in the code and a split of Bitcoin Cash from Bitcoin is that if you own your own private keys you will get BOTH when you re-import those keys into a wallet that supports that feature (not all do be careful!).

How to get free Bitcoin Cash

If you already have some Bitcoin then you can easily also have some Bitcoin Cash when it launches. Of course you must own your own keys as I suggested in my earlier article about my first experience of taking control of my own keys. If you have your Bitcoin now in your paper wallet like I do then once the split happens you can then import that private key into a compatible wallet that supports both Bitcoin AND Bitcoin Cash (stay tuned for a future post on this specifically).

Tada! Now you have both Bitcoin and Bitcoin Cash and have theoretically increased your investment without any risk!

What do you think about Bitcoin Cash and the Folk? Have a story to tell, leave a comment!
Make sure to follow my story on Steemit too!

2 thoughts on “Bitcoin Cash Is Here, But What Is It? Where Did It Come From? How Can I Get Some For Free?”