Crowdfunding isn't a new thing and by this time if you have not supported some sort of crowdfunding effort through Kickstarter or Indiegogo, I would be surprised. It's a great way to generate start up cash for a great project that just can't get backing the traditional way. Cryptocurrencies have their own type of crowdfunding called Initial Coin Offerings (ICO's), which has taken the cryptoworld by storm the last year or so. I go over exactly what ICO's are and why you should be paying attention. 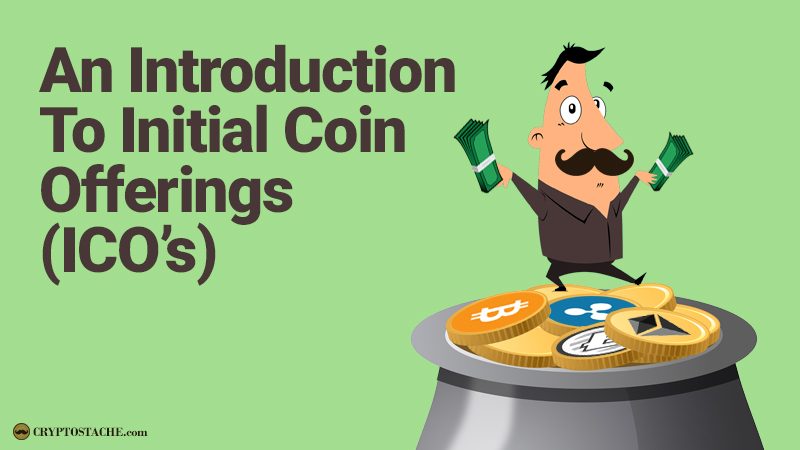 This method of crowd funding is used to raise money for a new project that is typically blockchain based technology. The company does this by creating their own cryptocurrency and then selling the coins to investors before they launch the project officially. Think of it like a digital stock certificate, where you are basically buying interest in the company. Once the project is launched and the coins are being used in their product they can also be traded on exchanges. This is where investors speculate that the coins they bought early on will increase in value. ICO's are also unregulated sources of crowdfunding which has made them wildly popular.

How Hot Are ICO's?

If ICO's were a candy they would be redhots, atomic buffalo wings, or even a bed of fiery coals ready to be walked on. They are THAT hot. To date, there has been almost 2 billion invested in ICO's and the application range is wide and deep. People are investing in these initial coin offers in droves with the hope of fortune & glory. A recent example is FileCoin (a coin based on file storage) raising almost 200 million in funding in their first 30 minutes alone. Here is a chart from CoinDesk's ICOtracker which is a great resource, it shows you just how explosive ICO's have been this year. 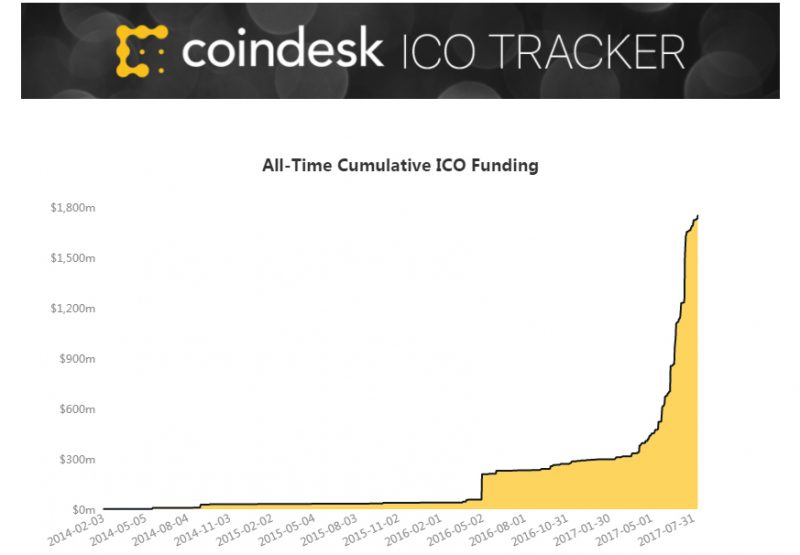 Anyone can participate in an ICO and this has made them easy to support on an individual level with just about any amount of investment. Due to the fact that ICO's are not currently regulated its like a digital gold rush of crowd-sourced funding. With such explosive growth even the SEC has now stepped in and said that certain ICO's may be considered a “security” which would be regulated by US laws. There always seems to be some sort of regulation talk in the cryptocommunity and now ICO's are getting their share. Despite this, it seems that many developers are continuing with their ICO plans. There is a ton of risk in this, but the reward has been great.

Risk VS Reward: The Sequel

While the mountain of money raised from ICO's builds like a dragons horde they certain don't come without major risks. Sure, you could pick up a coin really cheap in an ICO and make a killing with it skyrockets the first time it hits the market, but it is in no way guaranteed. There have been quite a few instances of systems being hacked and projects that never got off the ground, so it's always best to do your homework.

These ICO's could pay off in the end, but I suggest you do your research and really believe in the project and not just your potential payout. Read the whitepaper, read up on the developers, find credible news, and only ever stake what you are willing to lose. I recently supported the NEVERDIE ICO and it is a project I really think could go somewhere, and hey, if I can make some profit too why not right??

‘Stache on my friends!