What Is Litecoin? A Basic Introduction 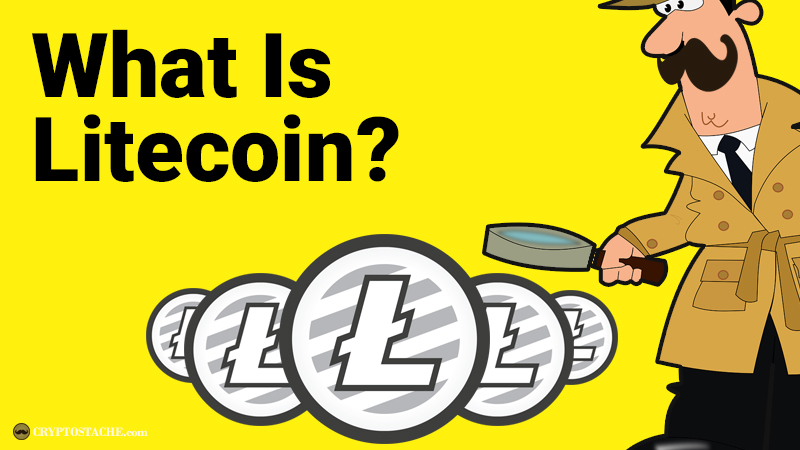 As we enter the last quarter of 2017 I feel like most people have now at least heard the term Bitcoin. Maybe they don't really know what it is, or what it is about, but they have heard the term on their local news station or read it in the local paper even if they have no access to the internet. Bitcoin is big these days, but it's not the only cryptocurrency around like many beginners may think. If you have not heard of Litecoin yet, then follow along as I cover the basics of the second oldest cryptocurrency on the market. 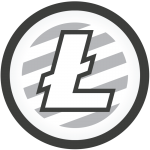 Litecoin (LTC) is VERY similar to Bitcoin. In fact, many call it the “silver” to Bitcoin's “gold”, and these two best buddies have been holding down the crypto world since Litecoin was created in 2011 (roughly 2 years after Bitcoin launched). Litecoin is a decentralized peer-to-peer digital currency using blockchain technology that prides itself on speed and flexibility. You can use it and spend it JUST like you can Bitcoin and it is accepted in almost as many places. While there are many similarities to Bitcoin, there are some very notable differences we will cover. The first of these major differences is in the creators of each cryptocurrency.

Charlie Lee created Litecoin after being unsatisfied with the long confirmation wait times of Bitcoin transactions while he was a software engineer at Google. After creating the coin in 2011 he later left Google to join the dev team at Coinbase (the largest US based buy/sell & trading platform). Charlie Lee has been an active, vocal part of Litecoin's past and continues to guide the project as it grows, while the creator of Bitcoin (see my article about Bitcoin creator Satoshi Nakamoto here) is still an anonymous entity and may never be revealed. This major difference should NOT be overlooked as trivial. Having a well versed and competent captain at the helm (even if you don't actually have control of the ship) can help steer the ship in the right direction. I wanted to highlight this difference because I really think that this one fact really sets Litecoin apart as being a front-runner in the cryptoworld.

So we know that Litecoin is similar to Bitcoin, but why? Litecoin was created from a copy of the Bitcoin software (which is open source and free for all) and was then modified by Charlie to support the aspects which he felt were lacking in Bitcoin. Most notably these were the speed of confirmations, mineability,  amount of total coins, and transaction fees. Here is a side-by-side comparison of Litecoin to Bitcoin:

Here is Litecoin's Market Cap & Rank on one of my favorite resources CoinMarketCap.com.

As you can see Litecoin has a total hard cap, or maximum supply, of 84 million coins that will ever be created while Bitcoin is 21 million coins. Litecoin uses the Scrypt algorithm for mining while Bitcoin uses SHA-256. For me personally, the average confirmation and transaction fees compared side by side really show you the advantage that Litecoin has. Lets go over each of these differences in a tiny bit more detail.

There Will Only Ever Be 84 Million Litecoins

Like Bitcoin, Litecoin has a finite hard cap on the amount of coins that will ever be created. Because there is a finite number of coins it creates scarcity and gives the coin value as more and more people support it. 84 Million is 4x the number of Bitcoin's 21 million maximum supply and therefore the value of each Litecoin is significantly less. Litecoin is mineable, and in this process new Litecoins are made. Once all the coins are mined (don't worry it won't be for a VERY long time), there simply will be no more mining of Litecoin again. Charlie Lee saw how Bitcoin mining was going and decided to make it a bit harder to corner the market by using the Scrypt algorithm instead of Bitcon's SHA-256.

Another major difference is that Bitcoin uses SHA-256 algorithm and Litecoin uses Scrypt. What does that even mean??!? Well, it means simply that they use a different equation to go about mining the coin. Charlie Lee did this because of the arms race in ASIC miners that we have seen making it nearly impossible for smaller miners to compete. With Litecoin you can still use a GPU process to mine as there are no current ASIC machines that can process the Litecoin Script algorithm.

The Need For Speed (& Cheap Transactions!) 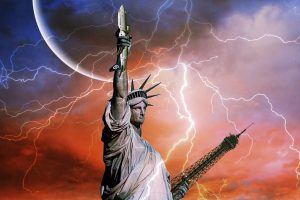 Transaction speed and fees are among the top concerns of cryptocurrency users and also one of their better features. Litecoin has a much faster confirmation time for transactions and the fees are a mere fraction of Bitcons. Litecoin was built with speed in mind and was the first coin to use Segregated Witness and earlier in 2017 incorporated the Lightning Network that will give Litecoin a host of new features as well. Just another step towards instant and super cheap transfers of wealth to any place on Earth.

What Can I Do With Litecoin?

While Bitcoin is accepted in many places as a currency Litecoin is not as supported directly. Because it's main function is to work like a currency and store of value (but also to compliment Bitcoin as it's “silver”), it still has many places online the accept it or can convert it to BTC for use. Litecoin is also much more “trade-able” as it has a lower price per coin so it has become a favorite of cryptotraders because of this and it's very steady price in comparison to some other cryptocurrencies.

Many of the most popular exchanges (check out my recent article on the best exchanges) support LTC (Litecoin) buying and selling. I have found that using Coinbase is pretty easy for buying Litecoin and if you don't have an account you can click here to sign up on Coinbase using my code if you want to support and check out the platform.

Litecoin has been around almost as long as Bitcoin, it is stable, fast, cheap, has clear direction, and I personally think that it is an under valued asset in the cryptocurrency world.

Litecoin Lovin' ‘Stache To The Moon!

2 thoughts on “What Is Litecoin? A Basic Introduction”