How Real (& Fake) News Affects The Price Of Bitcoin 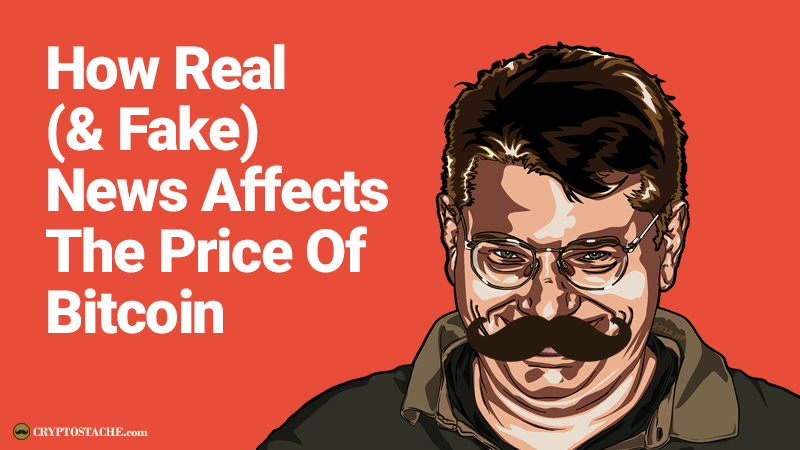 As I sit here twirling my mustache like some sort of evil super villain plotting to take Bitcoin down, recent events have reminded that there are actual people out there that may be trying to do exactly that… Let's be honest here and address the elephant in the room; news and even straight fake news drive the majority of cryptocurrency volatility in the markets. The ‘Stache is gonna lay it all out for you and why I think news (real & fake) affects the price of Bitcoin & other cryptocurrencies.

The True, The Fake, & The Ugly

While there are many factors that play into the price of any cryptocurrency, major news seem to always be at the forefront when the price of Bitcoin plummets or spikes drastically. News can be a powerful thing and we have seen a ton of “fake news” also take hold in the cryptoworld and cause unnecessary FUD (Fear, Uncertainty, & Doubt). I see 3 main divisions of news here. You have your standard News that is industry stuff, press releases, etc that are researchable & truthful. Then you have Fake News or exaggerated news in order to drive clicks or views and spread uncertainty. Lastly you have The Ugly, which is news or comments specifically aimed to disrupt the market in order to make a profit. Lets take a quick look at all 3. 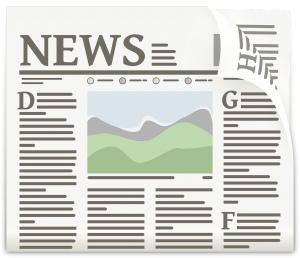 Cryptocurrency is still an emerging market and sometimes we forget that it is only really about 8 years old at this point! Crypto may be young, but it is bustling and there is a LOT of news to keep up with because it is a GLOBAL currency. Regular news can come from anywhere and in any language and have an affect on the price of Bitcoin and others. It's news like this that trades use to speculate on what to buy next (among other things like technical analysis).

Also, with so many new projects and people entering the cryptoworld, news is flying at you faster then ever. Looking at recent events with China banning ICO's, there was a truthfulness to this, but people also took advantage of it and exaggerated the claims. Subsequently prices in the market crashed across the board. The real news mixed with the fake news was a major driver in this case.

“Fake News” has been a hot topic these days, but it has been around for as long as humans have been. It is basically disinformation and typically it's purpose is to spread fear and doubt. This may be done for malicious reasons or not, but either way it can have a huge effect on the market. In particular, because cryptocurrency is the “peoples” currency there are a smaller amount of experienced Wall Street-type trades and therefore fake news seems to take hold a little easier.

Social media sites like Facebook, Twitter, and even Steemit.com run rampant with fake news at times (especially during major events) as people try to subvert the attention for their own agenda. It can be hard to spot, but I tend to stick to major proven news outlets and pull from a wide pool of sources so I can make my own decision on things. Fighting fake news requires WORK, and some just are not willing or able. 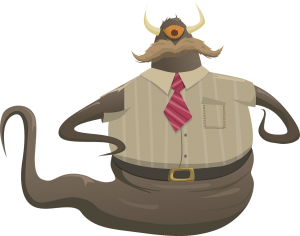 This is a special category of news that I have reserved for the worst of the worst. These are the ones that shout “Bitcoin is a fraud!!!” and then when the price drops on their comments they do the exact opposite of what they are saying publicly and start BUYING IN!!! This “Ugly News” is directly aimed at reducing or influencing the price of Bitcoin or cryptocurrencies in order to take advantage of it. It is malicious at heart and ultimately are the marks of someone who is truly terrified of a decentralized future.

It's the “Old Guard” syndrome, where those who have reigned in power and money for decades are starting to see that slip away from their control. These ugly news makers know exactly what they are doing and they know what they do will have an affect on the cryptomarket. Some may fall for these peoples ugly tactics to make a profit and grab for power, but we see you. We see you…

News (real, fake or down right UGLY) drives a lot of the fluctuation in the cryptocurrency market from my experience and while the news is plentiful not all of it should be taken as benign. We live in a time of Fake News profiteers and two-faced greed, where some will do whatever it takes to hold onto control. Consume news from sources you trust and ALWAYS do your own research before you repost or, even worse, sell at a loss!

The ‘Stache Is Gonna Clean Up This Here Crypto Town!