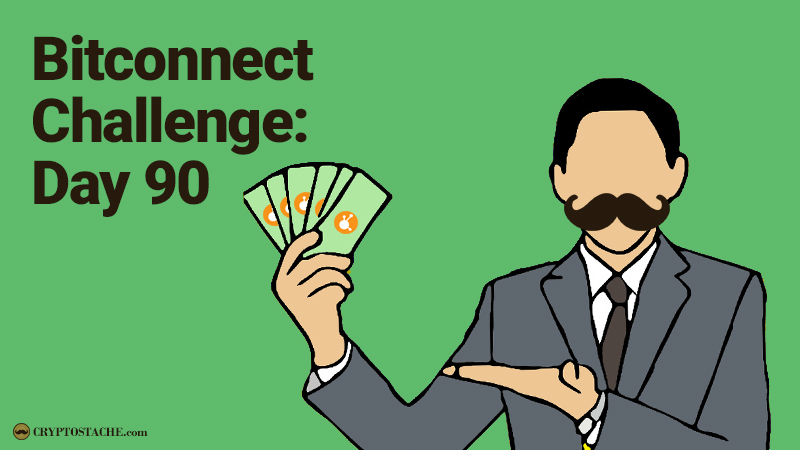 Here we are, 90 days later on my Bitconnect Challenge. I decided to take on the platform myself and document the entire thing until I got my initial investment back. If you have been following me then you know there have been a few ups and downs, but otherwise things have been good so far. Here is a quick list of my previous posts on Bitconnect for you to catch up on, if you have already read these then just skip to the next section:

To recap my strategy, I have been converting my payments from USD to BCC and then into Bitcoin. I am not doing any reinvesting nor have I been giving out my referral code, but this may just change after you read what I have to say in the next section… With 0 referrals and $1010 invested on August 5th I have earned $893.04 in USD.

That is on top of my initial investment of $1010, which I will get back in full on April 1st, 2018 (yes I know how crazy that sounds!). As I said, I have been pretty much converting my USD interest payments into BTC ultimately and a few days ago I decided to move my profits to my personal wallet. As you can see below I moved 0.18259916 BTC from Bitconnect to my own wallet with a fee of 0.0004 BTC (roughly $2.50). 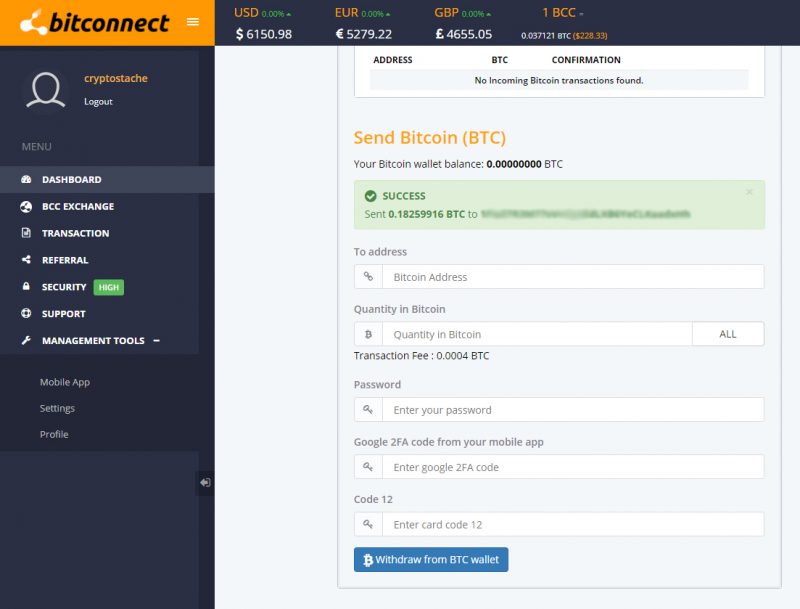 Just 90 days in and I am only about $100 away from earning the same amount of interest as I put into the program when I started.

I have said since the beginning that I would not give out my referral code for Bitconnect. The Bitconnect token breaking the top 10 in market capitalization (according to CoinMarketCap.com). Now sitting in the number 7 slot just above NEO at $1,807,153,726 market cap. I have personally watched the BCC coin go from $75 to now $250. 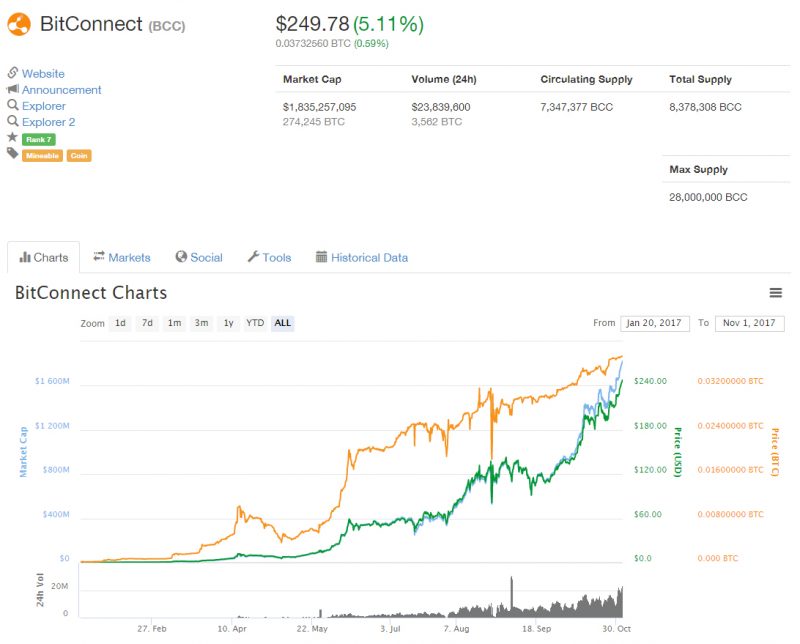 Also the new BCCPay service they are getting ready to launch. This is a BitConnect debit card that allows you to load, transfer and spend several currencies for purchases as well as ATM withdrawals. This will put Bitconnect in competition with the likes of TenX, BitPay, Wirex, & more. I think it is a huge move on their part.