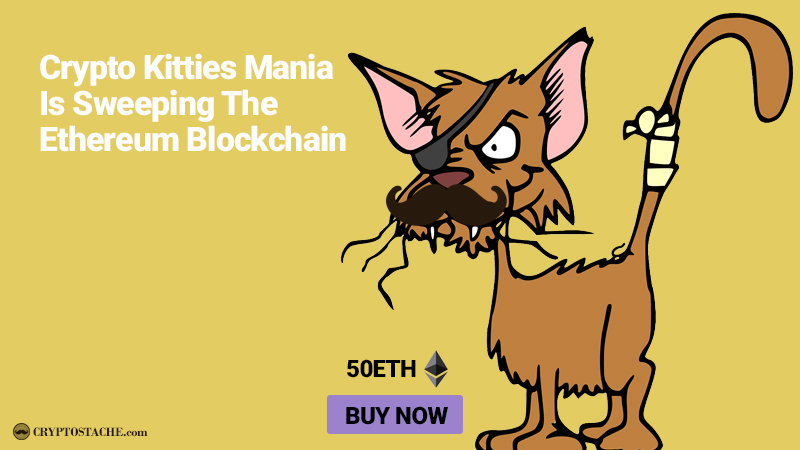 When it comes to cutting edge technology adoption there always seems to be a single catalyst that really vaults the new tech into the mainstream for all to enjoy. Remember last summer as Pokemon GO fever swept the globe. It was a cool app that combined augmented reality, a very new and cool tech, into a fun game that people have enjoyed across generations. That same day may be upon us in the cryptoworld. I give you CryptoKitties!

It is no secret that there is an army of Farmville/Candy Crush fans that will spend countless dollars on silly mobile games, as well as high level MMO players that also spend a ton of cash on digital assets (see my recent review of WAX about this). Given this fact, it is no surprise that a simple blockchain based game that lets you buy, sell, raise, & breed digital cartoon cats has exploded in popularity. It combines some of the cooler features of Pokemon GO overlaid on the Ethereum network. Let's dive in and see exactly how this new game works, why it's SO fluffy, and if you should start playing right meow!

How To Play CryptoKitties

The game is super simple, but it is EXPENSIVE to play already and the overall goals is to collect CryptoKitties to raise and breed and then either sell them off or keep them to look at. Somewhat similar to Neopets, but built in a decentralized manner where you actually OWN the digital Kitties that you purchase. Here are the basics broken down:

While I have looked into the game a lot, I still really don't know all the ins and outs about popular traits and whatnot. So I went on the hunt for the ugliest and cheapest CryptoKittie I could find for the purpose of this article. The first issue I ran into was how incredibly SLOW the website interface. Sometimes a page just would not load. I had to reload it several times. About 15% of the entire Ethereum blockchain is being used to power this game at the moment and it surpasses EtherDelta as the most used dAPP (decentralized app) in use at the moment.

Due to the exploding popularity of the game, transactions and load times are being bogged down significantly and this puts into question the scaling of the overall Ethereum network. If just one blockchain based game can put heavy load on the network alone, what happens when multiple popular dAPP's enter the scene like this?

This screenshot above just sat there and sat there and then eventually “Failed”. I will keep attempting to purchase a cheap Kitty and update this thread when I am successful! 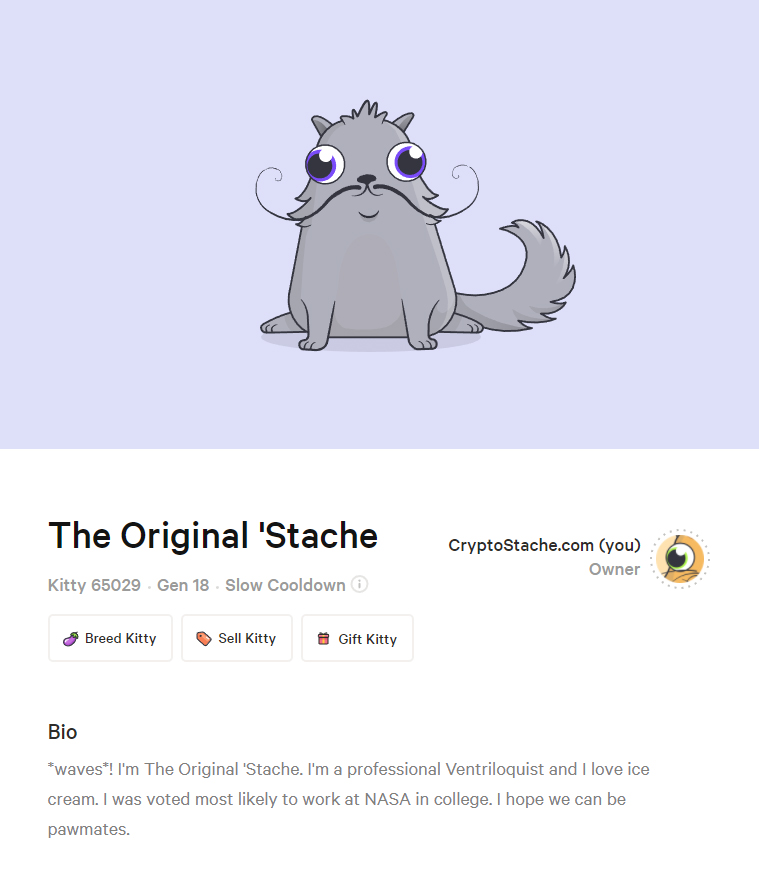 After SO many attempts across multiple days I finally purrrrchased my first CryptoKittie. I named him “The Original ‘Stache” and while he is a “totesbasic” kittie, I think he takes a chip off of the ole' ‘Stache block when it comes to his sweet mustache. After buying this “dali” version, I realized I needed 2 CryptoKitties to actually breed them. SOOooo I bought one more cheap kittie with a mustache (the only kind I want!) and have started the “siring” process. This process ALSO cost ETH, which I did not realize, but it was much cheaper ($10) then buying a kitty. 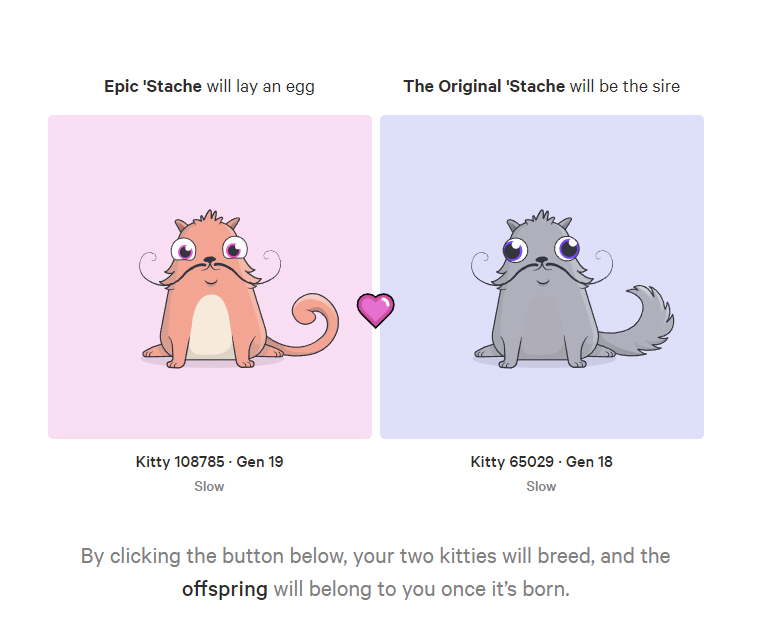