Bitcoin Cash Now Available On Coinbase! Here Is Why I Don’t Care… 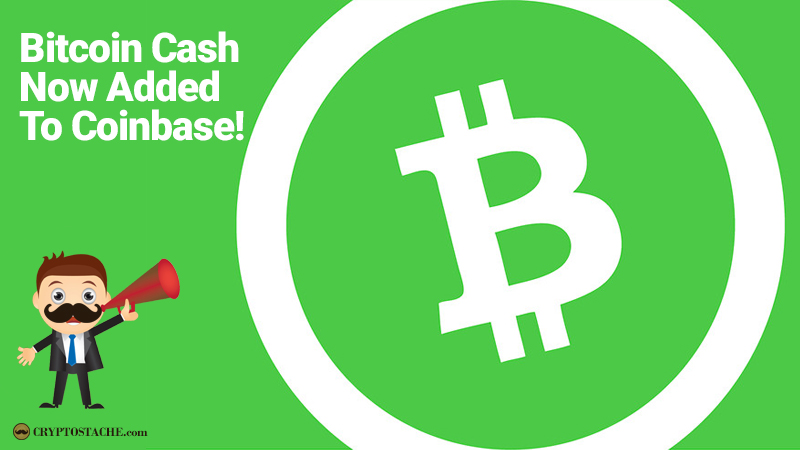 It finally happened! We have been waiting for quite some time for Coinbase to announce the addition of a new coin to their platform. They have been dodging the question as to when and if they would add a new coin to the platform for a while now. Based on their past performance and what they have recently said I had a feeling that BCH was going to be the next coin listed as they originally talked about support for it (in some way) when it was first created. 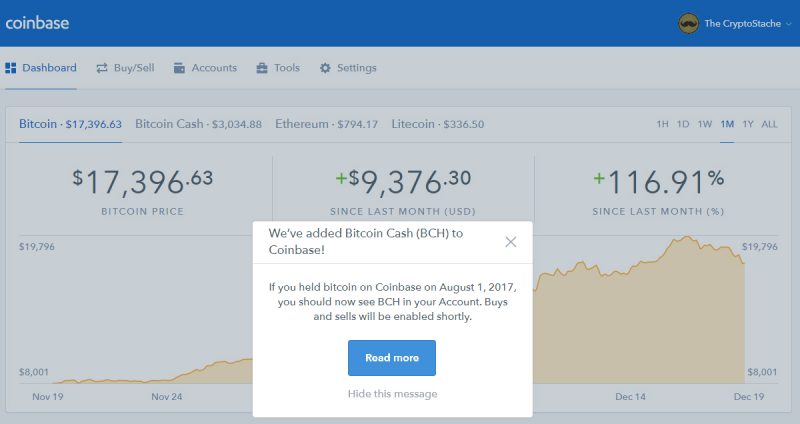 I first saw the announcement on their Coinbase Medium page here. Of course checking coinmarketcap.com and it is already shot up a ton. I am not the biggest fan of Bitcoin Cash, but being added to Coinbase when it was already a top 5 cryptocurrency is sure going to give it enough steam behind it to give Bitcoin a run for its money.

While many think that scaling the block size to 8mb per block, as is the case with Bitcoin Cash, is a long term solution there are a lot of holes in that theory. Simply increasing the block size is only a short term solution for scaleability and does not address the real problems we face with cryptocurrency transaction times and fees. In addition, the centralized mining of Bitcoin Cash by the dominating miners, AND also the creators of BCH, like Bitmain and ViaBTC pool stinks to high heavens as just another well orchestrated cash grab. This is not even taking into account people like Roger Ver, who continually try to confuse people with his Bitcoin.com website that is really a Bitcoin Cash site.  We should be looking to the implementation of new tech for cryptocurrencies like Lightning Network, SegWit, Atomic Swaps, and possibly even side chains. Many in the BCH camp like to claim that Bcash is more inline with Satoshi's original vision of Bitcoin, but their fully centralized fork could be nothing further from the truth. Bitcoin Cash has been able to wedge its way into the scene despite this fact and with the addition of Bcash to Coinbase at a time that Bitcoin fees are the highest they have ever been leaves me thinking that this was executed like it was on purpose.  Now we have allegations that there was “insider trading” with the release of Bitcoin Cash on Coinbase and that does not surprise me either. Both cryptocurrencies have a long way to go, but I am still betting on Bitcoin for now and will weather the scaleability storm we are currently seeing in hopes of the calm seas ahead.

Leave me a comment if you have a few thoughts about this!

Is It REALLY Time To ‘Stache That Bcash??

3 thoughts on “Bitcoin Cash Now Available On Coinbase! Here Is Why I Don’t Care…”