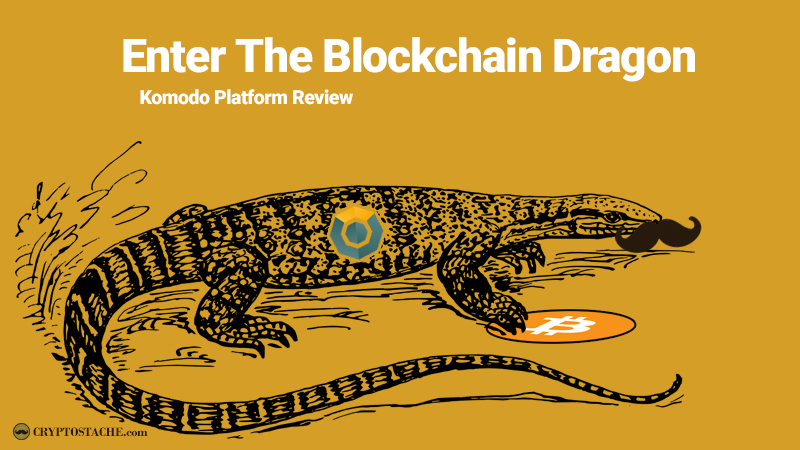 WATCH OUT! That dragon can be a monster! No, not a REAL Komodo dragon, but a monster of a decentralized platform known as Komodo. At the request of one of my followers, Jason, I decided to jump into the technical side of the Komodo platform and do a review that keeps it simple for everyone. Much like an actual Komodo dragon, I took a big bite out of their platform and digested all their whitepapers. Keep reading for a simple, but still detailed overview of the massively cool Komodo Platform.

Komodo is a fork of Zcash and started out as a “privacy platform”, but has since pivoted to something much much bigger. I won't lie, this is platform has a lot of working elements to it, but they are quite impressive. Basically the Komodo Platform will easily let developers get started making their own blockchain and ICO's. Think of it like a complete toolkit that takes all the frustrations of privacy, security, speed, and massive development time out of the equation, leaving the developer free to truly express their ideas on the platform. Here are some basic details about Komodo:

So we know that Komodo is a development platform that makes it “out of the box” easy for developers to create their own blockchains and ICO's, but they have some supportive projects that look pretty interesting as well.

I have been talking a lot about decentralized exchanges lately and I really do think they are the future of trading. The Komodo Team is working on their version called the “BarterDEX” which is an open decentralized exchange for cryptocurrencies that works off of atomic swap technologies. The team is also working on is Jumblr, a cryptocurrency “anonymizer” that utilizes the zk-snarks privacy features of the Komodo platform to push transactions through a series of private address “which
disconnects the currency trail and anonymizes the funds—and then returns the funds to a new
transparent address of the user’s choosing.”

Both these “sub-projects” will be key components in the complete Komodo platform that is available to developers.

Komodo In The Long Run

I think Komodo's tech is pretty awesome, but it is quite complicated for the average investor to understand. They have made some strides recently to help with that (including some new whitepapers), but the complexity of the technical details make it less approachable for the average Joe. Regardless, the people that will be using and working with Komodo in the long run, understand much of this technical jargon and will have a solid end-to-end solution for making their own blockchains in an out-of-the-box kind of way. Maybe the very first “Stache Coins” blockchain can be on Komodo when it launches and IF I ever decided to actually do my own full on blockchain project!