What If Fans Made The Calls During The “Big Game”? The FCFL Puts YOU In Full Control 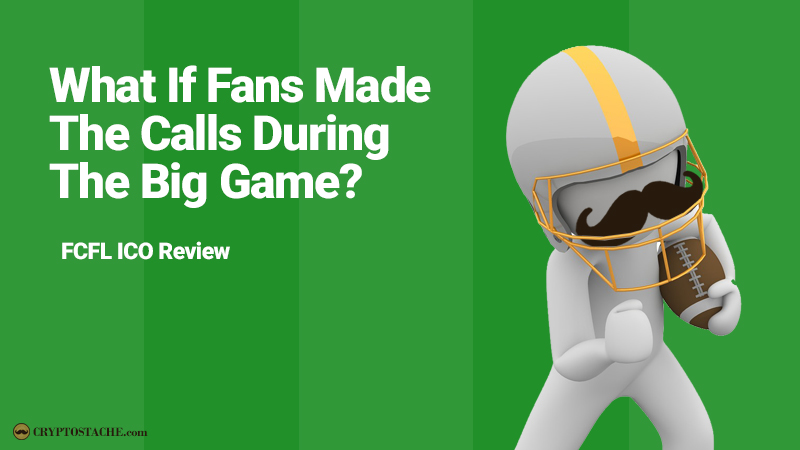 With the “big game” just a few weeks away it's no doubt that I will end up at yet another game day party. You know the one. A bunch of your friends stuffed into a buddies tiny apartment (taken up mostly by his 60 inch TV) where you survive on bean dip & Coronas until the pizza gets there. The room bursts into an uproar as your team botches a huge play and you start to think even YOU could do better than this bonehead coach. That is exactly what the Fan Controlled Football League is going to give you.

Fans Control The Team In The FCFL

If you love fantasy sports and thought that you could do better at coaching your favorite team then you are not alone. The huge team behind the Fan Controlled Football League (FCFL) has the same dream and they are bringing a brand new era of technologically fulled fan involvement never seen before. In this newly emerging football league teams of 7v7 duke it out in indoor arena style games where the rules are a little bit different than traditional football, but make for fast game play. Digging into their whitepaper here are the main differences: 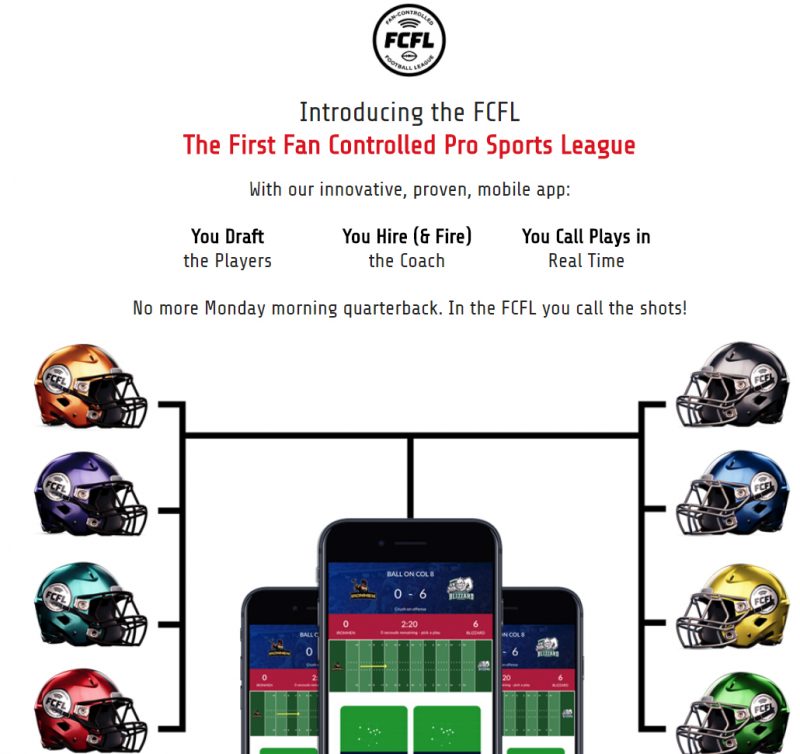 These changes are aimed at making things action packed, and fans get to take part in everything from the initial drafting of teams to being the sole offensive coach on select plays during a game. Fans get to be involved in every aspect of running a team and call plays in real time. This is all accomplished through their blockchain based FAN Token, which is an Ethereum based ERC-20 based token. These tokens are what determine who makes the plays, when, and how much percentage YOU take home. When your team wins in the FCFL you win too! Here is a breakdown of how prizes work:

In the FCFL, unlike traditional sports leagues, teams and their fans will be competing for a significant cash prize during the season – a minimum of $1,000,000. Players, coaches, and certain fans of the team that wins the championship game will share the purse. The championship prize will be a minimum of $1,000,000 with players and coaches sharing in fifty percent and certain fans sharing the remaining fifty percent. In addition, a percentage of certain league revenue (e.g. in-app purchases) will be added to the prize pool, creating a progressively growing championship purse each season.

I thought the concept of being able to share in the big prize money with your team was a pretty cool one on top of the fact that you get to call your own plays. This is like the merging of video game football with real time athletes and you have the chance at real prizes if you beat your friend at Super Tecmo Bowl. The great thing about the FCFL is they have already tested the concept out.

While a lot of ICO's only have a whitepaper and a dream the FCFL already went through a pretty successful trial with the first ever fan-controlled football team the Screaming Eagles. In February of 2017 the Screaming Eagles kicked off the 2017 Indoor Football League season by making history as the first pro team to allow their fans to call all the offensive plays in a game. Over eight thousand fans sold out the Maverik Center in Salt Lake City. I really love this video interview of one of the fans that got to call a touchdown play right from the stands.

How cool would it be to call a play from the stands for your team and see them execute it and score a touchdown? That is the kind of excitement that keeps you on your toes during a game! The real-time play calling proved to be a massive hit, with thousands of fans inside and outside the arena participating. A partnership with Sports Illustrated helped put the team on the map and provided a platform to tell the story of the Screaming Eagles.

The FAN Token Makes It Happens

When it comes to an ICO token, utility is a big deal and the FAN token is used in just about every aspect of the platform. The amount of FAN tokens allows you to participate at different levels in your team and get various rewards including increased coaching power, individual play calling, VIP tickets to the games, special seating, & rewards and prizes.

While the FAN token plays a large part in who gets to call the shots, your overall performance also plays a factor so the cream of the crop rises to the top! If you have any doubt, you just look to the blockchain which will secure performance data along with the FAN token on the Ethereum network.

With no shortage of fantasy sports fans out there, the FCFL's idea to use the blockchain to keep things fair and transparent makes fans happy. Players both on and off the field are part of a new level of participation in sports combined with the security of the blockchain. Now when you invite everyone over for the “big game” it's not just to watch it on the TV, but to compete head-to-head with your friends right from the comfort of your own home. Games evolve quickly and the crew at the Fan Controlled Football League just might be ahead of the curve with this level of fan involvement driven by a utility token and game play.

Voted #1 Rookie ‘Stache Of The Year