The ‘Stache Invades Crypto Invest Summit; What I Saw & What You Missed!

All good conventions in LA begin about the same way, with sitting in traffic on the 110, 101, or the 405 at some point! This was, of course the case as I headed downtown Los Angeles to Crypto Invest Summit at the LA Convention Center. If you follow my journey here you know that I have been writing about all the things I was excited to see and do at this falls event and I was not disappointed. Check out all the trouble I got into at CIS and day-by-day review of the event and keynote speakers!

As I wrote in previous articles, I was super excited about hearing both Steve Wozniak as well as Tim Draper speak at the event and I found both of them inspirational & motivating in very different ways. Each day of the summit kicked off with one of these major keynotes and it really set the pace. I JUST about missed the start of the Woz speaking, but managed to get my badge and get in there quicker than I anticipated. Here is how Day 1 at CIS went.

I got my media pass quickly thanks to the amazing staff at CIS and headed into the expanded main hall (it was much bigger this year than last year). I got there just in time to see Adam Draper finish his opening remarks with event co-founder Alon Goren. Adam has a style all his own compared his father Tim and I enjoyed hear the tail end of what he had to say about the future of crypto and predicting that in the next few years you will have 3 apps on your phone that use blockchain and you won't even know it.

Steve Wozniak came out next and was being interviewed by my buddy David Bleznak of Totle who always kills it on stage. When you talk about tech legends they don't get much bigger than Steve and hearing him recant the beginnings of his career and correlating them to current conditions with crypto as an emerging market was fun. Steve tends to go off on a few tangents from time to time which I actually enjoyed even if it didn't really answer the question presented. The spark that you see in other "crypto people" you can hear in Steve's voice as he talks broadly about the subject, claiming he sold all his Bitcoin and only retains 1 for testing purposes.

After Steve speaking I headed over to the booth floor and started mingling with people and projects. I first ran into my friends over at Blockchain Beach who had a media booth and were on fire with the number of interviews they were pushing through. They even roped me into doing an interview for them with a project that was overbooked and I had a lot of fun helping out!

Shortly after that I finally got to meet CryptoBeadles of my youtube buddies who also produces great crypto content as well as co-founding the Monarch wallet (which I will be reviewing very soon). He had the whole crew out there with him doing interviews on site as well and I had a blast hanging with them at the booth throughout the day. I headed inside to check out the booths, but I could hardly make it a few feet without running into someone I knew! One of the things I love about going to these cons is talking with everyone. I got to do an interview with my buddy Gaston for Blockchain Beach as well with a quick appearance by Ernesto from Crypto Space San Pedro.

I ran into the infamous Kenn Bosak and of course we had to get a pic of the epic meeting! This guy is a crypto warrior, spreading adoption everywhere he goes. Talking with him, he said he is on pace to hit 50 conferences this year! wow!

When you go to these things a few times you do start to see a lot of the same people which makes it fun and what conference would be complete with out a little Brekkie Von Bitcoin? We had multiple Satoshi Droppers in the house including Andy & Daniel from the Coinboys, BitcoinBella and CryptoWendyO on Day 2. I certainly made a lot of new friends on the day and saw a ton of other people like Crypto Rick here below.

I make a point to talk to just about every booth at the conference since there are 2 days and you can easily do so with the amount of booths there depending on how many speakers you catch.

My overall favorite has to go to the Abra booth as they had a great looking setup, but they best thing? They were giving you $25 in Bitcoin for downloading their mobile crypto wallet right there on the spot! Epic! They had this screen counting down to how much of the free Bitcoin was left. I would have loved to see it counting down in Satoshis, but still really cool.

I had fun at the Sense chat booth too as well as got to do a quick interview for them (Brekkie did one too!). Sense is a decentralized messaging app. They had one of those fun wheels and my first spin landed on a CryptoKitty, but they were out, so I ended up getting an invite to Taco Tuesday at their office sometime soon along with a sweet hat.

I talked to Matthew at Kingsland School of Blockchain and I really liked what they are trying to do with training blockchain engineers and helping make the end connection. Since this is right up my alley I wanted to let them know I supported their cause and would love to help out if I could in any way.

The IDEX / Aurora crew was also at the summit and I got to talk to them a bit about the recent decision to stop allowing New York customers use their platform. They have a solid team and I think with a hybrid solution this makes a lot of sense legal wise to be cautious of where you operate.

Of course Totle is always on the top of my list and the Title sponsor of the event did not disappoint with David, Jordan, and the rest of the team help many learn how to improve their DEX experience by using the Totle software.

Rounding out the list is the Autonomy chain project that had a cool autonomous car prototype there showing you how the scanner works. The folks over at Crypto Poker Exchange have a very clean and fun looking blockchain poker, and I HAD to include ODB coin (named after the late, great Old Dirty Bastard of Wu Tang) who are making coins for individual music artist.

As I walked into day two at Crypto Invest Summit bright and early, there was CryptoWendyO already doing interviews at the Blockchain Beach booth, so I said hi real quick and headed over to the main hall to hear legendary investor Tim Draper speak.

When it comes to crypto Tim knows his stuff a little better than The Woz does and I really love how excited he gets over how it can change our future. This is a guy who lost his BTC in the Mt. Gox crash and then doubled down and went in again because he believes in it that much. We kicked the morning off with some jumping jacks at Tim's request and then Alon settled in and they dove in. I think when we see well known and respected men like Tim & Steve giving crypto their seal of approval it really means we are headed in the right direction of mass adoption in my opinion.

Directly after the great keynote by Tim, Ran Neu-Ner the host of CNBC's "Crypto Trader" show did a live taping and had Tim on as the first guest along with a few other great guests. It was cool to see them hustle to pull this off completely unscripted! I will say one of the highlights was this really funny eToro commercial featuring a Game of Thrones kinda theme!

I cut out a bit early before the taping ended to get in the VERY long time to get a free copy of Tim Draper's new book "How To Be The Startup Hero" signed by the man himself.

They had a huge pile of books to give away to everyone at the summit, but damn was that line long! I waited about an hour and thirty minutes but it was worth it to get a personalized copy of the book and this great selfie with Tim!

I hung out for a little while longer at the convention talking with people and projects and I was even surprised by my buddy Arnold with these amazing mustache shaped cuff links that he gave me! How amazing are the people I continue to meet in this crazy crypto world?!?

After such a great conference I am really looking forward to the next one, but until then... 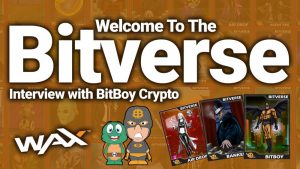 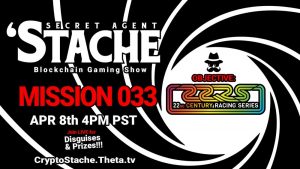 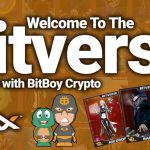 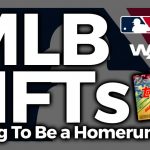 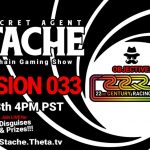 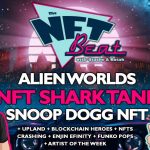 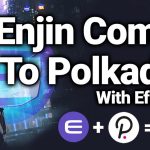 Enjin Going To Polkadot With Efinity Blockchain For NFTs 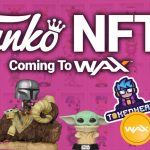 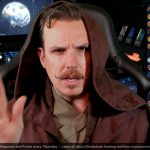 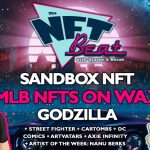 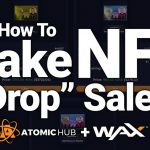 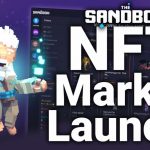