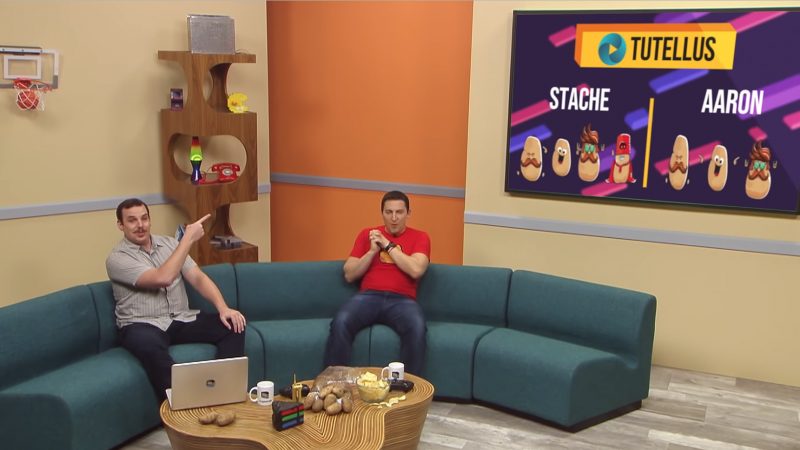 With the cryptocurrency community growing by leaps and bounds every day (yes, even in a bear market), there is a greater demand for news & entertainment. While most have turned to places like Youtube for this, a new 24/7 crypto news & entertainment streaming channel (think platforms like Apple TV, Amazon Fire, Roku, Twitch, Chromecast) called CryptoCake TV is making its debut and The ‘Stache will be co-hosting his very own show! Keep reading for the sweet video trailer and all the juicy details!

This is the overview trailer for the whole channel and you can see it is super high quality! I am on a show called ICO Potatoes (which may change to just “Crypto Potatoes” when they launch), which is at about 1:11 in the video. I am co-hosting the show with my good friend Aaron aka CryptoSanity who is also a fellow Satoshi Dropper. The show is a review style show on crypto projects & ICO's using a rating system of crazy potatoes.

The CryptoCake crew will be showcasing the new trailer & more at World Crypto Con 2018 conference in Las Vegas from October 31-November 2. Attendees will also receive an early preview of trailers for 5 of the 14 shows from the channel's programming schedule for the first time. The five show trailers will be made available online (including my show ICO Potatoes) after the conference released throughout November so look for those soon.

The great thing about this is not only am I on a great show, but a bunch of my friends from the Satoshi Droppers are also going to be on their own shows! We have ProducerBTW + dgutierrez84 + CryptoWendyO on The Crypto Morning Show. My buddy Bitboy is: The FUD Buster! Catch CryptoBrekkie & nagertherager on The Celebrity Crypto Show to round out the Satoshi Droppers features.

While we only make up 4 of the 14+ shows that are planned we are all going to be on shows that make the initial launch of the channel which is planned for early 2019 on multiple OTT (Over The Top, which means streaming channels) channels.

I am really excited for this new adventure, but I would LOVE to hear your feedback on the trailer and my new direction. Do you think this will be a good move for me? Email or leave your comments here. Until next time…