Looking Ahead: 8 Cryptocurrency Trends Ready To Explode In 2019 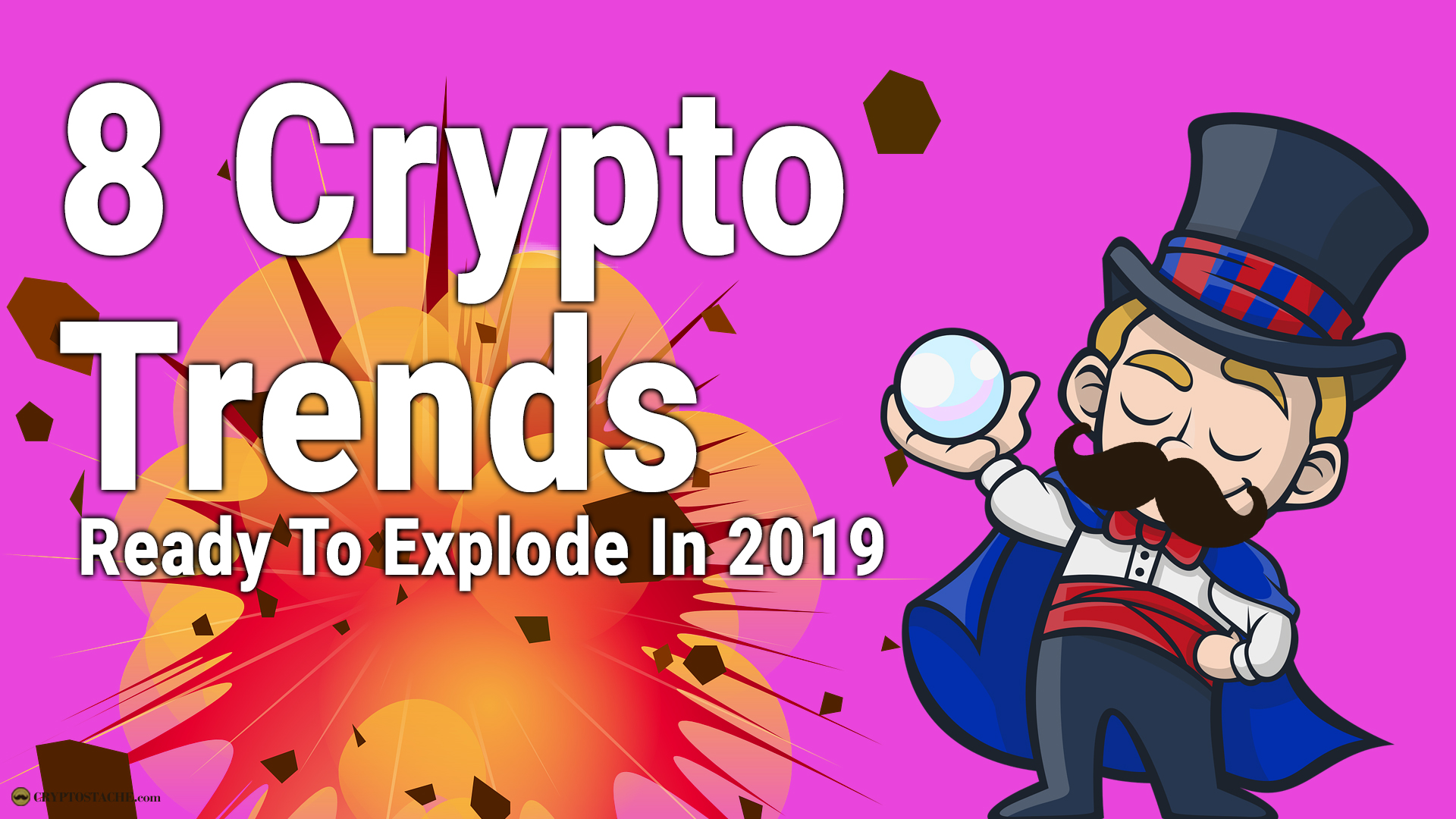 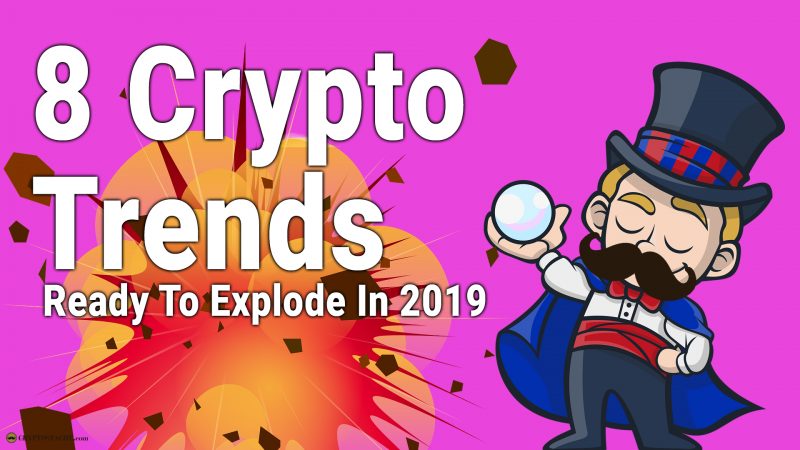 If you are thinking the same thing as I am, 2018 sure was a bit of a rough year for the "price" of crypto, but it was actually a great year for development in my opinion. While many lamented the steady decline in price throughout most of 2018, those of us that know it's not all about the price were busy getting our #BUIDL on (it just means Build, but crypto people are cheeky and like to make their own words up!). Taking all things in consideration beyond price, I believe that 2019 is going to be a great year for the cryptocurrency ecosystem in not only price increase but also an explosion of some major trends that I have been noticing. Follow along with The 'Stache as I break down my top 8 cryptocurrency trends that are ready to explode in 2019.

If you have been following me for a while you might have seen a similar article I wrote going into 2018 where I predicted more regulation coming from  places like the SEC and boy did we see some  projects get smashed on in 2018. The SEC went after some companies that were outright scams, but also some legit companies like Paragon coin & EtherDelta decentralized exchange. This prompted fears from quite a few different areas in the cryptosphere and made many rethink their plans like one of my favs Altcoin.io. Ultimately I think this fear and the continuation of regulation into 2019 will push us into the "Security Token Offering" era. A Security Token is one that "follows all the rules" and complies with SEC regulation and approvals (among other regulatory bodies). The desire to raise funds through the sale of a newly created token is NOT going away, I just think it will evolve to become regulation compliant as much as I don't approve of using current regulation standards to evaluate and police an emerging asset class that is so different from anything we have ever seen. No one puts crypto in a corner!

NFT's or Non-Fungible Tokens is the term for a token that is 100% unique. Unlike Fungible tokens like Bitcoin, where each Bitcoin is exactly the same a "non-fungible" one is where every toke is unique. In 2018 we saw a pretty good increase of NFT's, especially in the gaming world (more on that in a sec). They are a great way to truly have a unique item that can be tied to the blockchain and really could be the first step to tokenizing unique items like a signed baseball card or football jersey, to true ownership of unique digital items and "personal digital identities".

Property coin anyone? (inside joke, DM or email me about it and I will tell you!) The fact is many people still have an a big problem seeing how digital-only things like Bitcoin or Ethereum have real-world value. These might be the same folks that thought the internet was only for criminals and nerds... No matter, because I think that in 2019 we will see an explosion of real-world items being tokenized in a big way. Things like real estate, collectibles (reason for NFT's above), and even tokenized stocks through places like dx.exchange. This may translate into other large value items such as jewelry too.

While we have seen quite a few major companies get involved in cryptocurrency in smaller ways in the past two years, I think that 2019 we will see some of the biggest companies in the world coming out with strong plans for wide-scale implementation. Companies like Facebook, who banned all crypto advertising in 2018, then reversed that ban (although I STILL have not been approved and likely never be will because I am not a major corporation) will be launching their own cryptocurrencies. Facebook has been reported to be working on a stablecoin for the WeChat platform, which could open up cryptocurrency to millions of people. I also think we might see an announcement from some of the FANG companies like Amazon laying track to jump into the fray as well. No major global player wants to be left out of this paradigm shift even if they don't truly believe or support the vision fully.

The ETF carrot has been dangled above the markets for far too long. It keeps getting pushed back and put off, and as much as I don't think we need this for crypto, I DO think that we will finally see a decision (one way or another) on this in 2019. There is simply too much greed in the traditional financial sectors to deny this forever and if they don't find a way to do it traditionally they may just look for a "workaround" that satisfies the needs of wolfs on Wall Street. I would LOVE it if we could keep these sharks that care about nothing but profits out of the game as long as possible while the true visionaries that are trying to create a better & mathematically fair financial future for us ALL keep working on doing so.

Exchange Explosion In Yo Face

As much as 2017 was the year of the ICO, 2018 ALMOST because the year of the Crypto Exchange. There were a lot of exciting exchange projects on the books for 2018, but SEC regulation fear has stifled that a bit in my opinion. I do think that in 2019 we will see a bigger explosion in the number of exchanges, hopefully fostering greater competition for your trading dollars and offering better services all around. I see the upcoming Binance DEX as being a centerpiece for this and hopefully lighting the way for other decentralized exchanges although they have a rough go when it comes to operating in the US. Decentralized exchanges ARE the future, but because no one has real control of them it scares the crap out of governments & regulatory bodies that LOVE to control these things and the power that gives them.

Believe it or not, gamers are true digital pioneers. I have been a gamer most of my life, growing up with the Atari 2600 and NES, and the drive to make better more advanced games have really pushed the boundaries of areas like graphics, bandwidth, VR, AR, and AI. I follow quite a few crypto-centric gaming projects like my favs Enjin and Wax, and I truly believe that gamers will lead the way to true mainstream cryptocurrency adoption. Gamers are already comfortable with digital assets and placing value on them and they spend millions a year (yes millions) on things like "digital skins". The recent announcement that the Fortnite merchandise store would accept Monero was an ACCIDENT, but points to big interest by major gaming companies like Epic to incorporate this in the near future. Fortnite already has their own currency called V-bucks, but it is not a cryptocurrency tied to a blockchain. No plans are laid yet to do that, but I DO think in 2019 we will see the first major game development studio give it a solid go.

I have stablecoins coming out of my ears! No, but really it does seem like there have been a plethora of stablecoins pop up in 2018 and I officially dub 2018 as the year of the Stablecoin! I think we will likely see that trend continue into 2019 with more and more companies trying to compete for your stablecoin love. TUSD, USDC, Dai, GUSD, and other joined in the fight against the reigning champ Tether (USDT) and I think in 2019 we MAY see a dethroning... Maybe. What I KNOW we will see are more and more stablecoins launching and for their own very different reasons. I both love and hate the idea of stablecoins, because they become a way to value the work being done in crypto via fiat currencies and I am not a fan of fiat. They do help people retain value, so I like that, but I just wish we could toss out this old, antiqued, rigged financial system we have now and create a completely new solution. Stablecoins tie us back to this rigged game just like the people who have rigged it would want... No one wants to lose the power that their billions of dollars in valuation or assets give them, but the time will come when we need to make a decision as a global populace and stop letting the big banks and corrupt government parties make these major decisions for us.

These are my top 8 cryptocurrency trend predictions for 2019. Will they all come true? Do I REALLY have a crypto crystal ball? YES YES I DO! 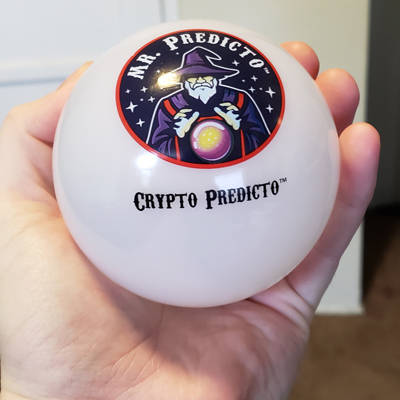 But, that is not the point here. These are my own opinions based on my research and time in the cryptocurrency world. If they all come true I would be quite surprised, but I do see them as the major trends to watch for 2019 and beyond! What are YOUR predictions on crypto trends? Leave me a comment and let me know your thoughts, but until next time...