Are Anonymous Bitcoin Transactions Gone Forever? Not If You Mix Your Coins! 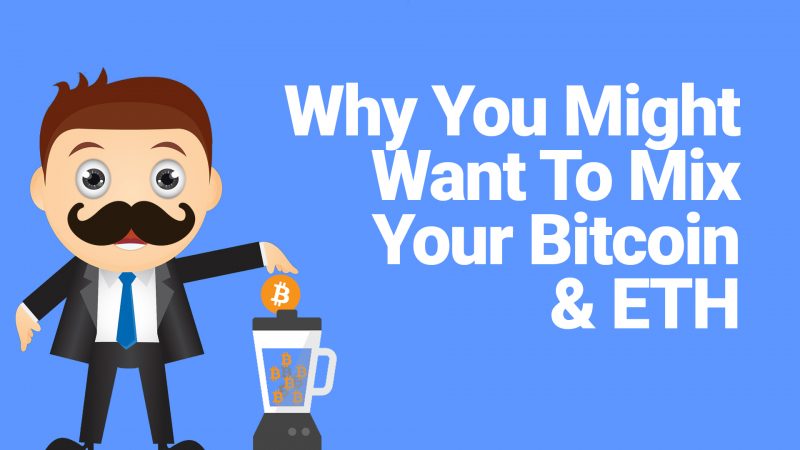 Well fast forward 5 years and now we have companies like Chainalysis who can now, through clever data mining, can trace Bitcoin based transactions and help to hunt down criminals of a variety of sorts. From a Forbes story about Chainalysis:

“Chainalysis’s business today is split between crime fighting and regulatory compliance. Levin says half the company’s revenue comes from working with state governments and regulators including the Internal Revenue Service and the Federal Bureau of Investigation to provide investigation software.”

While companies like Chainalysis do have the ability to throw a wrench in the pseudo-anonymity we now have with Bitcoin transactions, they are probably not targeting the average investor… yet.

Toss Those Bitcoin's In A Blender!

To me, privacy is an important, inalienable right that all humans deserve. We don't seem to get much of it these days, but when it comes to Bitcoin transactions there is still hope!

If you have never heard of a Bitcoin mixer, or sometimes called a Bitcoin tumbler, it's a service that you use when you are looking to have your transaction be 100% anonymous. The concept is fairly simple, you send your Bitcoin to a service like Bitcoin Mixer where they mingle it with other Bitcoin to mask and scramble the transaction history (I will save you on the real behind the scenes technical aspect here). This intermediary step helps to protect your transaction history and makes it much much harder for someone to analyse the Bitcoin blockchain to possibly track your sending and spending habits.

What To Look For In A Bitcoin Mixer Service?

While I don't believe that mixing your Bitcoins is something you need to be doing with every transaction, I do think it can be a helpful service in certain occasions where you do want to keep your transaction private and not leave an easy-to-find-trail for hackers or the like.

I always look for a Bitcoin tumbler that does not store my info, I don't need an account to sign up to use it, is fast and efficient, and one that I can verify it's results and longevity.

The folks over at Bitcoin Mixer have pretty much nailed all these qualities and their service is easy to use and works like you would expect. On top of mixing Bitcoin transactions, they actually even have an Ethereum mixer (Ethereum tumbler) to help you with the same issues but on the Ethereum blockchain.

Of course, they do take a percentage fee for this service, but the interesting thing I found about Bitcoin Mixer is that their fee is randomly generated between 2-5%. Not a cheap service by any means, but again, it's something that I would not recommend using EVERY time you make a transaction, but maybe just some important ones like large moves or exchange transfers. Here is a quick little video that runs down how it all works that I liked the animation for.

Hope this quick run down of why you might want to mix your Bitcoin or Ethereum was helpful. Keeping your financial information, transactions, and Bitcoin based purchases secure is very important to me and I think many others out there. If you might be worries about that, then perhaps give a mixing service a try once and see how it goes.

If you have any questions about mixing your Bitcoin just leave me a comment or send me an email! That's all for today, until next time…