CORONA, Italy (January 21, 2020) — Anyone who understands positioning from a market
standpoint would assert that Corona is best known for being a cool, crisp, and refreshing
brew, best enjoyed with a slice of lime. And they wouldn’t be wrong. About the positioning of
a brand name, that is.

Over two decades ago, the Corona family understood the power of their name and inked a
deal to license that name to a beverage company in alignment with their original mission:
“Bringing people together.”

Specifically, the Coronas had a vision of bringing family together, all with a unity of purpose.
Here’s a little something extra: The Coronas are back at it, and once again it’s stacked highly
in your favor and it gets much, much better.

In the generations since leading the beverage industry firsthand, they’ve been brewing
something else up entirely, and for those who play, it will literally change lives.
Today marks the day of launching the all new CORONA coin. The shine goes beyond the
glimmer of a minted coin to the value that each coin holds. Coins are exchanged for tokens
used in game play.

“Games?” you ask. Yes, and the Corona family has entered the online gaming world in a way
that all participating gamers can truly play to win.

From their inception to the world of business, the Corona family has always wanted to make a
difference, and now they’ve set things up in a family-friendly gaming environment for all ages
that could mean some pretty big wins for a lot of people.
So, what’s up for grabs in the prize department? Tuition/education paid, mortgages cleared,
your college debt cleared, new vehicles, and dream Disney vacations and tours just to name a
few.

Why hasn’t someone thought of this before?

Simple. Corona gives, while most others take. And nobody has had the courage to do anything
about it on this kind of scale until now.

Corona is a household name, but it’s about to make a world of a difference for more than just
households. That is, a real difference in the world.

This is your world.
Really?
Yes, really.

This is how it works: Purchase the new CORONA coin. Play the game. Accumulate points and
redeem for merchandise and cool prizes.

Something you can say a hearty “Cheers!” to.

What will you win? You never know until you flip the coin. But remember, both sides of the
coin makes you a winner. Everyone is a winner.

So, what are you waiting for?

Head to coronagames.com now to play and win. 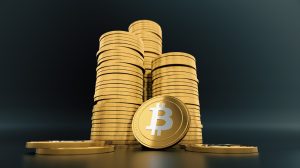 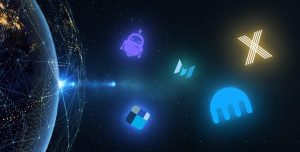 5 Must-Have Trading Tools for 2020: Coinrule, eToroX, Kraken Futures, and others