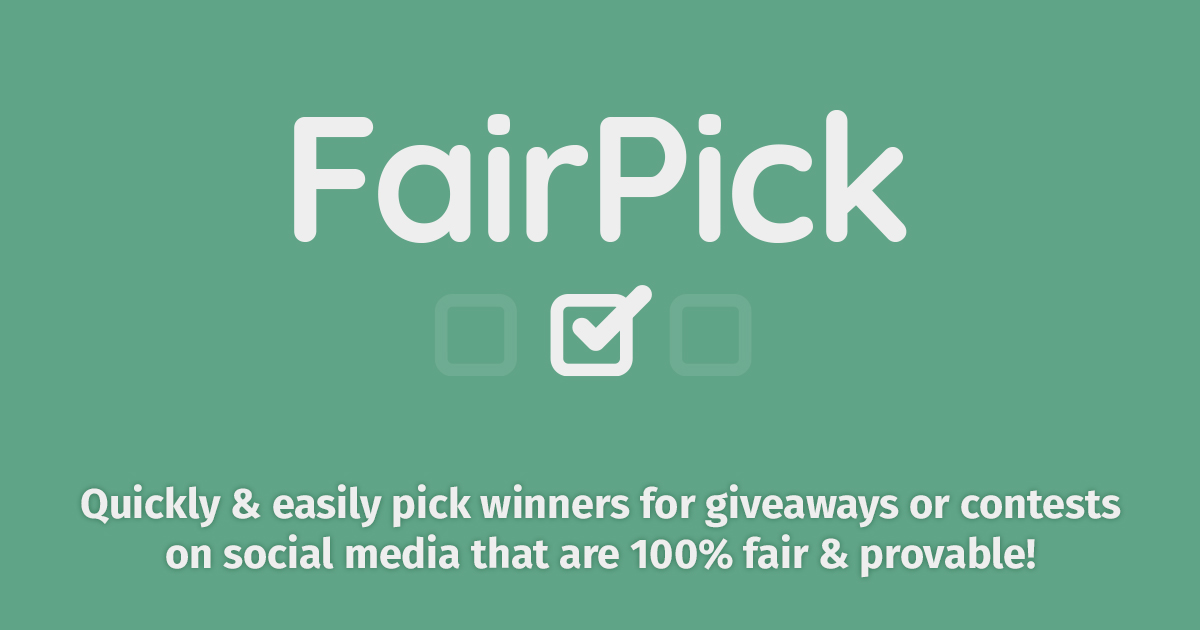 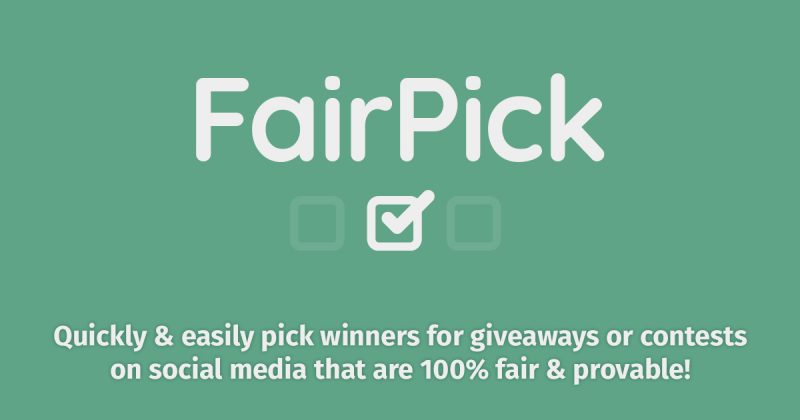 Finding an easy to use, 100% free, and most of all verifiably transparent solution for picking random Twitter contest or giveaway winners from Retweets, Likes, Follows, or Comments has been a hard thing for me personally. While there are a small handful of services out there none of them ever really fit my needs as a content creator when I was running my simple giveaways and contests on Twitter.

I have tried every service out there... The free ones, the paid ones, the old ones, and the new ones.

None of them ever had the right combination of features and transparency I was looking for. I started out using TWrench, a free tool to draw a random RT (retweet) for a Twitter contest or sweepstakes by the Competition Agency, but there was no real way to verify that the contest creator didn't just roll again to pick a winner they liked or was their friend.

Recently, TWrench changed its name to Pickaw and became a richer and more professional platform, but while the feature set grew the ease-of-use went down significantly. Of course, they still offered a VERY basic free plan (which I felt even that was confusing to use as they just call it "Quick Draw"), but now to get basic advanced features you need to be on their Starter plan at 19 Euros a month!

To really get all the features a content creator like myself would need, you would have to be on their Business Plan which is 499 Euros a MONTH (that's over $550 USD!!!).

That is just an insane pricing structure to me...

A couple of new comers have hit the scene recently with ReTweet Picker (which is super easy to use, but sorely lacks in features as you can only pull from Retweets and that's it), the very similar Retweet Pick, Lucky ReTweet and a few other basic ones all lack in features and true transparency.

While really great services like Gleam are widely used, they don't work in exactly the same why, which is why they have written a few articles about Twitter giveaway pickers and different ways to randomly pick Retweet's for winners on social media.

I needed a solution that worked better, so I built one with my friend Keith that does all the things I needed it to and SO much more!

FairPick.io is the quick and easy way to randomly pick Twitter contest and giveaway winners that is 100% free, transparent, and verifiable on the WAX blockchain! 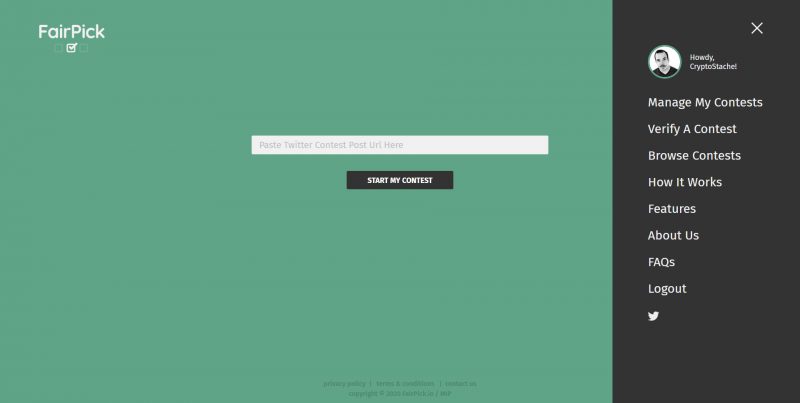 With FairPick you can pick winners based on Retweets, if the user is Following you, if they left a Comment on your post, if they Liked your post or a combination of all of them.

You can pick as many winners as you want for each contest and it allows you to manually reject a selected winner if you give a valid reason for that rejection (that's in addition to auto-rejecting a winner that did not meet your selected requirements). The whole process is 100% transparent for all to see and is stored on the WAX blockchain for anyone to verify against. 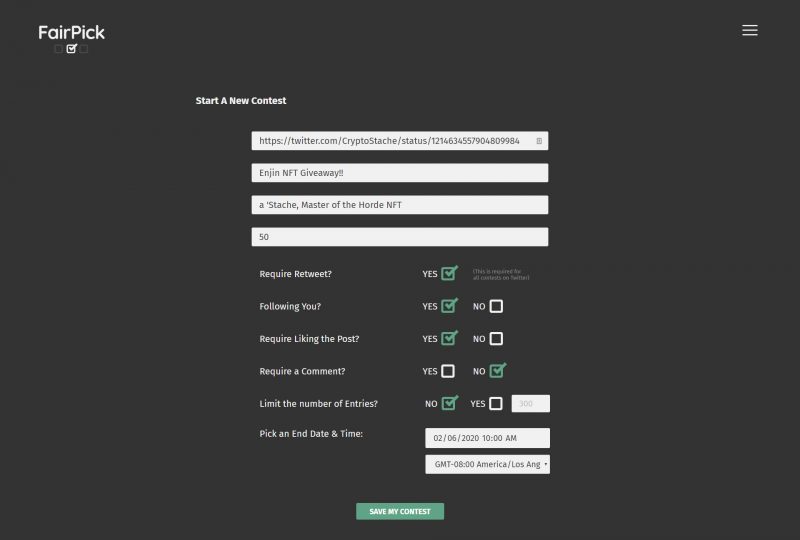 Transparency is super important to me and using the WAX blockchain to store results was a match made in crypto-mainstream heaven! We chose WAX for several reasons:

All these reasons and more made it a no-brainer to move FairPick to the WAX blockchain instead of using EOS.

Using Blockchain for Transparency and Verification of Fairness

While blockchain tech has been somewhat slow to take mainstream adoption, FairPick.io is a perfect example of blockchain running seamlessly in the background to give you a better experience that what is currently offered. The user does not REALLY need to know they are even using a blockchain powered app, because what they care about is that their giveaway, contest, or sweepstakes is fair, transparent, and publicly verifiable to their followers.

With the help of the WAX blockchain we have made transparency and true trustless verification of contest results a core part of what FairPick is all about. You don't have to TRUST that FairPick itself is not modifying their database to satisfy some big client like you might have to do with other services, you can verify all that data for yourself on the WAX blockchain.

In addition, we have made the code for FairPick open source, look for our public repo soon!

Upcoming Features, Feedback, and The Future

We have some exciting features we will bring to FairPick in the next few months including expanding the criteria for picking a winner so you can require people to use specific Hashtags, Follow other accounts on Twitter along with your own, and requiring users to tag friends too!

In the very near future, we will be launching a Twitter bot that allows you to access all these amazing features directly through Twitter DM's. This will make picking winners on Twitter as simple and easy as you could possibly imagine, with all the automation done for you in the background.

If you use FairPick.io, we would LOVE to hear your feedback. You can drop me a line personally here, or hit up the contact section of the website for direct contact info. More great contests and giveaways coming at you soon, but until then...