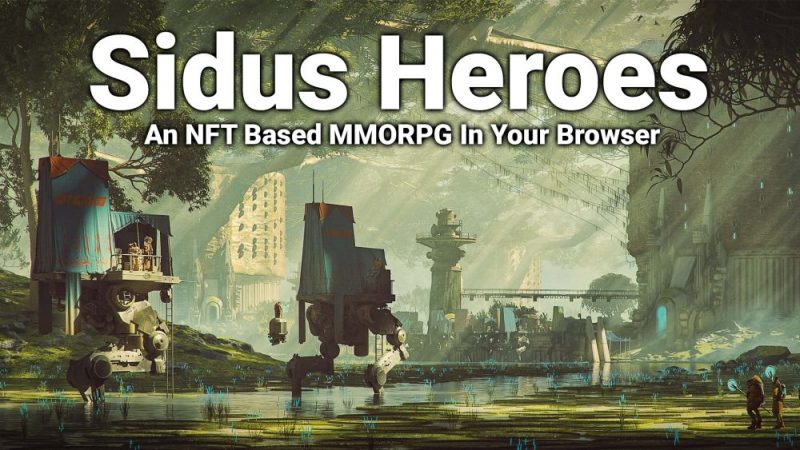 Sidus NFT Heroes is a new futuristic sci-fi P2E Blockchain game where players are transported to a world based on crypto and blockchain philosophy in which a major technological transformation has taken place. All living beings in SIDUS have become one with technology (kinda like what we are starting to see these days with more and more technology entering our daily lives).

The game is in a demo state at the moment so you can test it out and get a basic feel for how it will work and the great part about it is that it's a browser based game so anyone can play it without having to have a big gaming PC.

There are 2 types of major game play for Sidus Heroes; Arena Battles and Hero Quests.

Players have a ton of options when creating their in game character and can customize their play style. There are 12 Tech based races themed after popular blockchain protocols that you can decide to play as like Bitcoione (BTC), Etheredus (ETH), Avalanya (AVAX), Polkacyon (DOT), etc.

Some character features and stats are predetermined based on the race they belong to, but players will also be able to choose some of their characters traits when they create them like Strength, Stamina, Agilty, & Perception. Each of these skills will determine how your character performs in battle.

Characters will also be equipped with NFT items that affect how they perform in battles and on quests, these NFTs will also be valuable items players can profit from after collecting them from in-game rewards. This is a fully NFT enabled economy and everything from Spaceships to clothing, armor and weapons are NFTs.

You can earn many of these NFT items in game battling and this is part of the play to earn economy too.

Sidus Heroes has a two token economy made up of the $SIDUS and $SENATE tokens, which you can earn from various in game activities.

$SIDUS will be the primary medium of exchange in the Sidus NFT Hero Metaverse, you will use this in game and for buying/selling Sidus Heroes NFTs.

There is a rich DeFi ecosystem being built behind the project that will also give players more earning opportunities using SIDUS, SENTAT, and the ORIGINAL Sidus NFTs (which you can find here on Opensea – https://opensea.io/collection/sidus-nft-heroes ).

The original NFTs released will act as OG access passes to the game, and will also be Stakeable to earn even more!

While the game does have a playable demo out right now that is pretty limited they do plan to launch a full Beta version of the game to be released Mid-January. This is coming off the heals of their IGO, Initial Game Offering, that they will be running through the Seedify platform on December 14th.

You will be able to get in on the ground floor of both of their tokens, $SIDUS & $SENATE, through the Seedify IGO, but you do have to meet the requirements.

More great NFT games from the metaverse coming at ya!